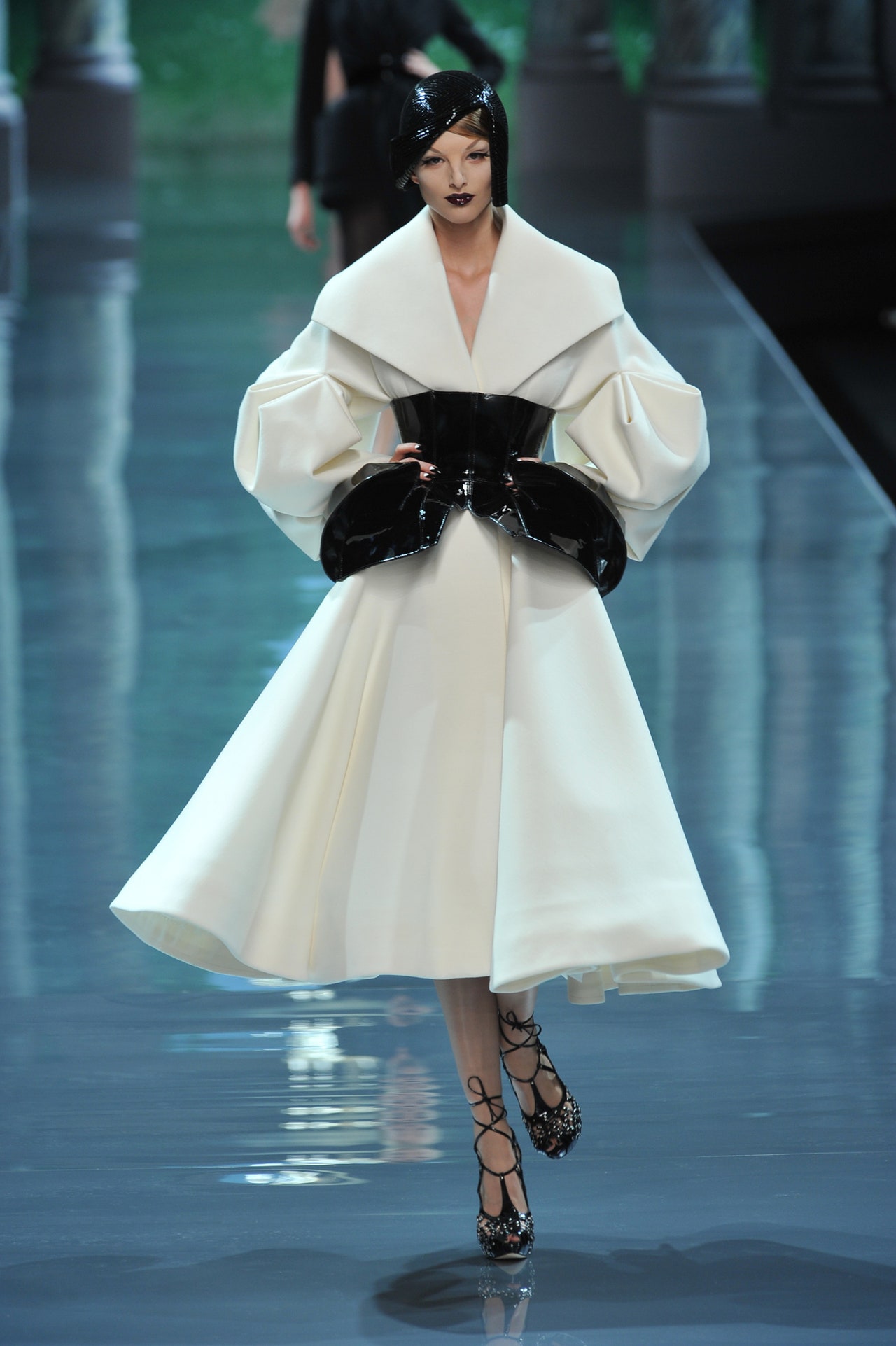 In a way, it was a classic: combining the indelible fifties inspiration of Lisa Fonssagrives, Dior mannequin and wife of Irving Penn, and that of the new model of French conservative chic, Carla Bruni-Sarkozy. Those two streams of thought merged into a collection John Galliano called “fresh couture—restrained and refined.” If it didn’t exactly result in 100 percent conventionality (there were plenty of sheer skirts and fetishistic patent belts that might not work at a political summit), the happy fact that the first lady of France has chosen to dress at Dior gave Galliano full rein to revel in the realms of glamour the house established 60 years ago.

The templates were all there: big coats, wasp waists, nipped jackets, circle skirts, tulle dance dresses, architectural gowns cut from spiraling lace and jutting scrolls of crin. Mostly framed in black and white, with tints of gray, caramel, Parma violet, mint, and chartreuse to follow, the shapes traced familiar silhouettes—albeit a familiarity shot through with Galliano’s irrepressible touches of perversity. A nod to Dior’s New Look peplum became a stiff patent hip-jutting belt with cross-lacing in the back, and a knowing acknowledgment of the basis of the hourglass silhouette came in a couple of see-through gowns with the corsetry fully on display. Still, this was Christian Dior very much under control and within the scope of reality. Add some lingerie and take off the belts, and it’s no stretch at all to imagine Madame Sarkozy finding plenty here to wow the world in her demure manner, come fall.